Daniel Horowitz is a renowned Trial Attorney and Legal Commentator.  He leads a group of affiliated attorneys who are the leaders in the defense of medical doctors, criminal defendants and those who fight for justice.   Medical Board defense, civil rights cases and criminal defense share a common core element – the individual is pitted against a well funded machine.

There is a State Bar of California Board of Legal Specialization certification roughly equivalent to a doctor being Board Certified in a medical specialty.  The attorneys assembled by Daniel Horowitz have separate practices that include hundreds of major jury trials, medical defense, medical board representation, employment law and criminal defense.

Oksana Tsykova is a trial attorney fluent in Russian and Ukrainian.  She has taken over 20 criminal cases to jury trial.

Horowitz is lead trial counsel on criminal law cases from Orange County California to Washington D.C., on matters ranging from attorneys charged with insurance fraud to the defense of journalists who wrote about their efforts to uncover terrorist infiltration of a non-profit group.  With Martin Garbus, the nation’s leading defender of journalists, writers and the First Amendment, Horowitz teams on notable cases involving media figures including Terry McMillan, Al Pacino and many others.

He is one of the nation’s most experienced trial lawyers and prominent television legal analyst.  You’ve seen him on Nancy Grace, Larry King, Fox News, CNN, MSNBC.  Horowitz was a legal analyst for CNN and MSNBC covering the Scott Peterson and Michael Jackson trials.  Many television specials on the Susan Polk case, the Darnell/Tania Washington death penalty case, Patty Hearst and other high profile trials feature Dan Horowitz as the legal analyst.

Daniel Horowitz is representing Radio Show and Streaming Media star, Michael Savage in his attempt to lift the Ban on Savage traveling to Great Britain.  (See Letter to Boris Johnson)

Horowitz’s interview with Harvey Levin about the Mel Gibson case, is the longest on air interview that TMZ has ever aired. 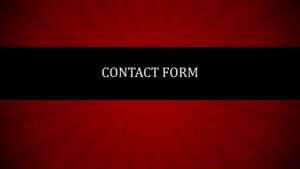 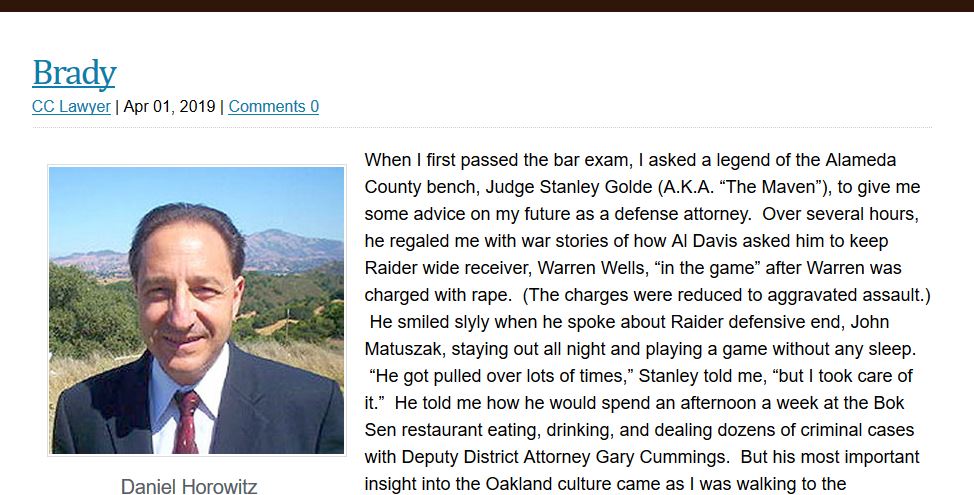 The “Big 3” television networks, frequently feature Daniel Horowitz as a legal analyst.  You can find Horowitz in the press, commenting on high profile cases such as the Jodi Arias murder trial, the Orville Fleming “Zombie Defense” trial, the Ryan Roberts murder trial, and many other widely recognized cases.  Horowitz was a recently interviewed for an Amazon Prime documentary on the Patty Hearst case and an Inside Edition investigation of chiropractic sexual abuse.  Heated debates on issues such as the Kavanaugh nomination are featured Horowitz’ Facebook page .

Internationally, Daniel Horowitz has conducted hearings in courts throughout the world.  He has appeared in contested court hearings in Ukraine, Canada, The Netherlands, Israel, and Cyprus.  Cases have taken him to China and Turkey as well.

How many United States Attorneys have actually appeared in contested court hearings in real courtrooms in foreign countries.  Horowitz didn’t just take depositions in Israel, Cyprus and The Netherlands.  He appeared in actual courtrooms with real judges in fully contested hearings.

Horowitz  sued actor Mel Gibson and succeeded in having Gibson prosecuted for the assault on his girlfriend, pianist Oksana Grigorieva.  He recovered millions of dollars for Ms. Grigorieva.  Gibson’s powerful machine attacked Grigorieva and pressured the Los Angeles District Attorney to prosecute Ms. Grigorieva for extortion.  No charges were ever filed against her.  Horowitz took on the Gibson multi million dollar publicity machine to ensure that the public learned the truth about the case.

Horowitz obtained $ 804,000 at auction, for the man who won the “scrum” for Barry Bonds 700th Home run baseball.   He fought against claims by other fans who claimed that they were entitled to the ball.

Horowitz has been a certified criminal defense law specialist for over 20 years.

The State Bar of California Board of Legal Specialization has certified approximately 200 attorneys as Criminal Defense Specialists. There are only 14 (approx.) criminal defense specialists in all of Contra Costa County. To understand how rigorous the standards are, view the Board’s Criminal Defense Lawyer Specialist Recertification Application.

As one of the nation’s top criminal defense trial attorneys, Horowitz is a member of the National Trial Lawyers.  This group recognizes Daniel Horowitz as a “Top 100 Trial Attorney”.

He was also inducted as a member of the National Association of Distinguished Counsel “Top 1%”.

Martindale Hubbell awards Daniel Horowitz its highest rating for both ability and ethics.

AVVO rates Horowitz a “10”. He has the highest YELP rating.

Horowitz associates with 5 individual practices to form a complex medical fraud defense team for high level cases.   Three of the attorneys are certified by the State Bar of California, Board of Legal Specialization as criminal defense specialists.  A fourth is a 30 year prosecutor with the Contra Costa County District Attorney’s office only recently in private practice.  The team has top appellate attorneys including a former clerk for a California Supreme Court justice.

If your license, career or freedom is at stake, a STATE BAR CERTIFIED SPECIALIST is your best protection against the onslaught of the government.

The law firm’s offices in Walnut Creek and Lafayette, California (Contra Costa County) do not reflect the national scope of the firm.  The lawyers practice in nearby cities include Walnut Creek, Danville, Blackhawk and Alamo.  While Contra Costa, Alameda, and San Francisco counties are geographically near the Lafayette office, Horowitz’ practice is geographically broad.   Horowitz’s practice has taken him throughout the United States to states as diverse as Mississippi, Texas, Washington State and Washington D.C..

Fighting for Right and the Left !

Cases such as the Mel Gibson/Oksana Grigorieva case have pitted Horowitz against a business machine designed to crush the opposition.  His fight for the First Amendment rights of conservative journalists will go to trial in federal court in Washington D.C..  Horowitz’ defense of media stars with strong conservative reviews (Michael Savage) and strong progressive reviews shows that he has a balanced approach that cuts across conservative/liberal political lines.  A true believer in the First Amendment, his defense of conservative journalists while he also champions the speech rights of the radical left.

In Los Angeles, Dan Horowitz successfully prevented the Los Angeles District Attorney’s office from filing extortion charges against Oksana Grigorieva. Grigorieva was accused of extortion by actor Mel Gibson who used his tremendous star power and money to press for charges to be filed against Grigorieva. [News Article]

A recent lawsuit against a corrupt police department (Pittsburg, California) was national news and has resulted in over 15 wrongful criminal convictions being set aside by the Contra Costa County District Attorney. 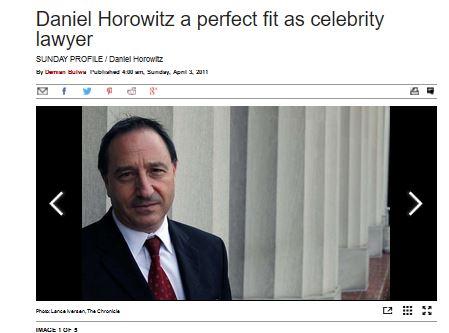 As an opponent of the “war on drugs”, Horowitz as a drug defense lawyer protects our rights guaranteed by the United States Constitution. While some jurisdictions (like San Francisco) are relatively “safe” for soft drugs like marijuana, San Diego recently arrested an attorney for her work advising marijuana operations.

Our “Founding Fathers” would not have supported alcohol prohibition. They certainly would not support a war on our own population. Drug laws insert the government into our private lives. Drug addiction and drug abuse are medical, not criminal issues.  (See this article on Israel’s medical marijuana research.)

In a high profile drug law case, the 9th Circuit Court of Appeal freed a prisoner when Attorney Horowitz proved that his trial conviction was tainted by jury tampering.

Hemp growers contact Daniel Horowitz to help them navigate the difficult path between partial legalization on the growing side vs. Schedule I classification on the extraction side.

The law firm has extensive experience defending physicians, chiropractors, nurses and physical therapists against charges including upcoding, billing fraud, exceeding the scope of practice, unlawful referrals and other criminal charges.  The trial of People v. Origel in Stockton, Ca. resulted in a hung jury and dismissal of charges.  Following that victory, the medical doctors and chiropractors who were associated with that case had all charges dismissed (or planned filings were abandoned).  Had Horowitz not won the case, arrests were planned throughout the state (California).

Brought in at the 11th hour for the jury trial – Horowitz won a complete acquittal for a doctor charged with billing fraud by the Alameda County District Attorney. 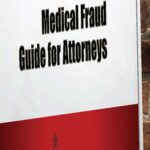