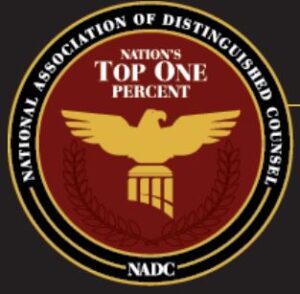 Daniel Horowitz was fighting corruption in Ukraine on behalf of the Pro-U.S. Prime Minister, Pavel Lazarenko.  Years of Ukraine corruption turned the United States against its staunchest supporter (Lazarenko) and led the United States to support the Russian leaning leader, Kuchma against the U.S. favoring leader, Lazarenko.  This type of Ukrainian corruption is at the heart of the impeachment proceedings against President Trump.  No leader in Ukraine is free of taint and they trade corruption allegations like children in the U.S. trade baseball cards.  In other words, you can trust no one in that country.  Horowitz lived in Ukraine and fought the corruption.

Every case is different and there is no single answer to the question, “What is a white collar criminal ?”   Sometimes, the white collar criminal is easy to spot.  Those e-mails informing you that you won the Nigerian lottery (but you have to send $ 10,000 to pay taxes), is obvious.  But what about an accountant  for a non-profit, who signs a tax return believing but not definitely knowing, that some income has been mischaracterized as to its source ?

But before you get into the fine details, let’s look at some of the nuts and bolts and broad strokes of white collar cases.

Bail Hearings Before a Federal Magistrate

Your first appearance in federal court will before a magistrate where you ask for release.  In other words, it is a bail hearing. While your spouse, friends or employees are googling find the “best white collar firms”, what should be ALSO be happening is that your friends, accountant and business associates should be putting together a package of assets, like real estate, that can be posted as bond.  Unlike state court where bail bonds companies put up cash and then guarantee your appearance, in federal court our friends guarantee your appearance and your property provides additional guarantees.

But the AUSA can monitor you and ask the magistrate judge to modify conditions for public safety.

The government  may ask that a physician to be barred from practice, a broker-dealer may be required to hire a third party to monitor the business.  The magistrate may require drug and alcohol treatment.

What is (Who is?) a federal magistrate ?  A magistrate is a judge appointed for a fixed period of time by the Federal, Article III,  “appointed for life” judges.  Magistrate judges are authorized by 28 U.S.C. § 631 (and sections that follow).

An FBI agent may serve you with a Grand Jury Subpoena.  What does this mean ?

Usually it means that you are merely a witness.  If you are a target of the investigation the agent will give you notice of that and your constitutional (Fifth Amendment) rights will protect you from compelled testimony.

The United States publishes a manual on Grand Jury proceedings.  The manual states that “The exception to this is disclosure to the targets of their status as targets. An attorney may also, as appropriate, tell opposing counsel whether his client is a target, subject or just an informational witness.”

Sometimes, a “target” will ask to testify in order to clear his/her name.  The United States government is not required to let you do this but they usually allow it.  In fact, section 9-11.153 of the U.S. Attorney’s manual encourages disclosure to a “target” of his/her status so that the opportunity to testify is preserved.  In practice this is a rule that is often ignored.

Grand Jury subpoenas will raise issues of immunity (use or transactional), protection of your identity as well as the dangers of perjury or obstruction of justice.  For example, even if the witness was not given his “Fifth Amendment” rights before testifying, A grand jury witness’ testimony can be used against him in a perjury prosecution. United States v. Wong, 431 U.S. 174 (1977)   So beware the Martha Stewart syndrome where misleading investigators can lead to an indictment for obstruction 18 USC 1001(a)(1) & (2), just as false grand jury testimony can lead to prosecution for perjury. (18 USC 1621 / 1623)

A proffer session is a meeting with the Assistant United States Attorney (AUSA) where you spill everything you know about the case that is filed against you and hope that:

1. The government believes you.
2. The government either does not press charges or uses you against other defendants (and cuts you a great deal).
If you are truthful, the government agrees not to DIRECTLY use what you say against you. But that is absurd because you have revealed your defense strategy, the sources of your defense evidence and sources of incriminating evidence. So while the prosecution can’t use the words in the proffer session against you, they can use the information to build a much better case.

The SEC Enforcement Manual emphasizes the importance of proffer sessions and notes the need to get approval from “a supervisor at or above the level of Assistant Director”.    There is even an SEC Policy Statement that guides their valuation and evaluation of a proffer.

Before an arrest there is necessarily an investigation.  Interviews with neighbors, co-workers but no direct approach to you – that is a major warning sign that you are the target.  Subpoenas for documents (to a grand jury), search warrants for entities related to you (or your company) – these are major warning signs.  But many people just wait and doing nothing.  Hope is a core human survival tool but action, especially preemptive action is the best legal survival tool.  If you suspect that you are under investigation as a “target”, act now and contact an attorney.

Television shows like “White Collar” infuse the public with perceptual prejudice.  A juror who is familiar with plot lines and stereotyped characters like Neal Caffrey (See: White Collar TV show Episodes), will have a hard time applying the concept of “innocent until proven guilty”.  Your lawyer must have a talent for jury selection in order to give you a chance of a fair trial.

The Top 1% rhetoric that is “interesting” when it is on CNN, is frightening in a trial courtroom.  As you stare at the faces of jurors you will wonder, do they see me as being part of that stereotype ?   Race, gender, immigration status, all affect how we are perceived in a courtroom.  Most defense attorneys are very aware of how to deal with those preconceptions.  The 1% rhetoric and the current political climate, is an added danger to a white collar defendant.

An article published by the American Bar Association titled “Defending Masters of the Universe in White Collar Cases” is search word indexed as “white-collar, scapegoat, CEO, prejudice”.   In 2012, Forbes magazine ran an article titled “Can White Collar Defendants Get a Fair Trial”.     Daniel Horowitz is one of the most experienced trial attorneys in the United States.  This experience will help overcome the inescapable prejudice against defendants who are financially successful.

Making You an “Example”

The Madoff case and the 2008 Wall Street meltdown has created a political fear that the failure to severely punish white collar criminals will lead to continued massive culture and economic shocks.  But you are an individual.  How does the discretion granted to Judges under the United States Sentencing Guidelines, square with the public/political perception that strong punishment is part of the cure for broad societal ills ? A law review article by Peter Henning at Wayne State University makes thoughtful reading on this point.  This issue must be addressed at the start of a criminal case and an experienced criminal defense attorney can meaningful assist with this.

WHAT THE HOROWITZ LAW FIRM OFFERS YOU

Daniel Horowitz is one of about 200 California attorneys listed as certified criminal defense specialists by the Board of Legal Specialization, State Bar of California.  In Contra Costa County, California where the law firm’s Lafayette office is located, there are only 13 listed criminal defense specialists (8/23/2017).  There is one in Walnut Creek, two in Lafayette and none in Orinda, Moraga, Danville and most other Contra Costa County cities.  Even in populous San Francisco County there are only 24 (8/23/2017).

Horowitz is experienced in securities work and is a licensed real estate broker.  He has operated small businesses including a real estate brokerage and he has represented many innocent people accused of “white collar” crimes.  How does business experience help? Consider a case of auction fraud, rigged bidding.  There is an interesting article by Elliot Silver on web name auction bidding (or not !)  Consider someone charged with rigged bidding just below the reported reserve price on a domain auction.  Elliot Silver explains why this may be completely innocent.  The point – knowing the particular business can be the difference between guilt or innocence.

An attorney who understands business will understand the difficulty in navigating the myriad of government regulations.  If your company does business internationally, you need to be aware of the Foreign Corrupt Practices Act (FCPA). This 1977 law is wonderful on its face. No U.S. company, including your competitors, can bribe foreign officials to get business.

But, bribes are being paid and competitively it might be a disadvantage to you. Despite that, your ethics (and maybe fear), “trumps” greed and you follow the rules. But, beware the sales person both U.S. based and overseas, who works for you. The FCPA that you have an effective internal control system to stop employee abuse.  The SEC has a webpage that lists their FCPA actions.  Most of the listed actions were against corporations themselves, but not all.

Good deals come from a high quality defense, backed up by the ability to win at trial.

White collar cases are often wildly expensive.  Document management alone can cost more than a luxury car.  The Horowitz firm will give you an honest and realistic view of the cost of trial.  You will obtain sufficient information to balance the costs of trial vs. the chances of winning/losing and the possible penalties.

“Attack is the secret of defense; defense is the planning of an attack.”
― Sun Tzu, The Art of War